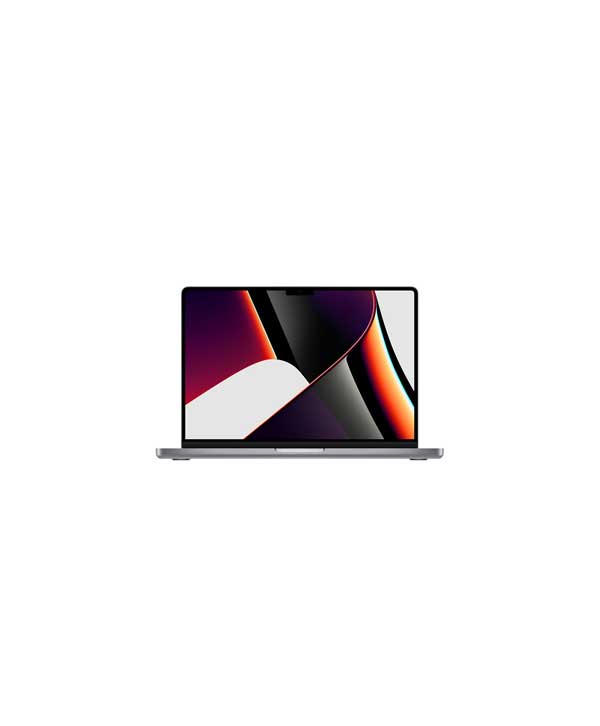 M1 Max is the most powerful chip ever created for a pro notebook, with 10 CPU cores, up to 32 GPU cores, and a 16-core Neural Engine. It delivers two times faster graphics processing and double the memory bandwidth of M1 Pro. And it has a dedicated media engine for decode and two for encode — with up to two times faster video encoding — and two ProRes accelerators for even higher multistream performance.

Offers unprecedented levels of pro performance. So you can manipulate millions of polygons in Cinema 4D, edit up to seven streams of 8K Pro Res video in Final Cut Pro, or grade color in HDR on 8K 4×4 ProRes video — all miles away from the edit bay, 1 Years Apple International Warranty, MacBook price in bd, Apple MacBook price in bd, MC Solution BD.

Powerful M1 Max, which has the same 10-core CPU configuration, with eight performance cores and two efficiency cores. But the M1 Max doubles the memory bandwidth (to 400GB/s), RAM (up to 64GB of memory) and GPU (with 32 cores, 4,096 execution units and four times the GPU performance of the original M1). The M1 Max features 57 billion transistors, making it the largest M1 Max chip.

The more unified memory (RAM) you choose, the more apps you can run simultaneously and the better they will perform.

Unified memory on MacBook Pro allows you to use up to 64GB of memory for graphics tasks — an unprecedented amount for a notebook.

Solid-state drive (SSD) storage gives you space to store your projects, documents, photos, music, videos, and other files on your MacBook Pro.